What Investors Need to Know About China’s Tech Stock Crackdown 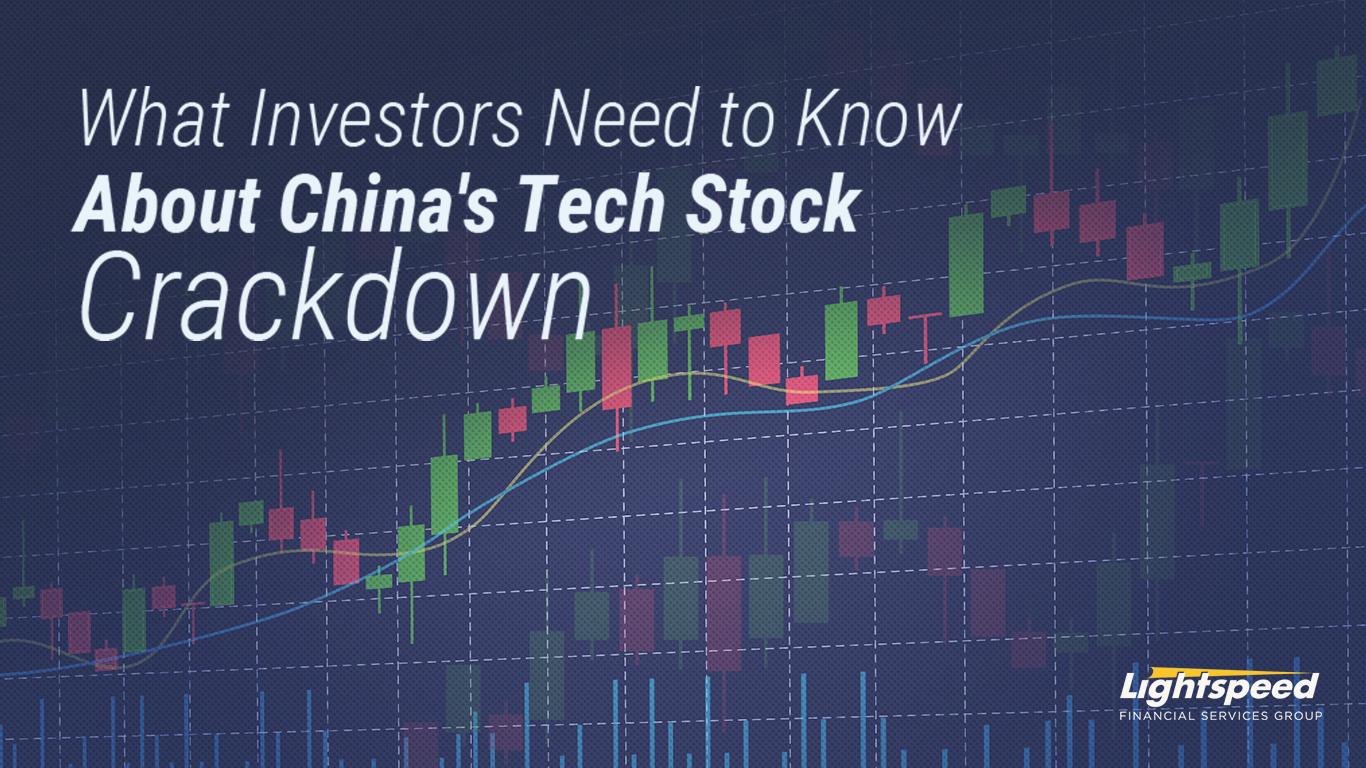 Didi completed its U.S. initial public offering (IPO) on June 30, 2021, pricing its IPO shares at $14 and trading at an initial market capitalization of around $68 billion. Less than a week later, the stock tanked after China announced a cybersecurity review of the company. On July 7, China removed Didi’s app from the WeChat messaging app and Ant Group’s Alipay, essentially making it impossible for the nearly 2 billion Chinese users of the 2 popular app stores to download the app.

Regulators said the investigation and ban are part of a larger effort to increase supervision of Chinese tech stocks listed in other countries. The crackdown will reportedly focus on data collection and security.

Antitrust Fines
Shortly after the Didi ban was announced, Chinese regulators followed up with 22 antitrust fines on Chinese companies, including 6 companies owned by Alibaba Group Holding Ltd (NYSE: BABA) and 5 owned by Tencent Holdings ADR (OTCMKTS: TCEHY). The ruling Chinese Communist Party (CCP) said it has made reigning in large internet companies a top priority in 2021.

Alibaba has been a particularly popular target for China after founder Jack Ma publicly criticized Chinese regulators for stifling innovation in late 2020. Following Ma’s comments, the highly anticipated December IPO of Alibaba affiliate Ant Group was abruptly suspended, and Ma disappeared from the public eye for weeks. Chinese regulators subsequently fined Alibaba $2.8 billion as part of an antitrust probe back in April.

What it Means for the U.S. Investors
At first glance, China’s massive population of more than 1.4 billion people and its sustained annual GDP growth of above 5% make it seem like an excellent opportunity for long-term investors. However, a challenging geopolitical environment and a CCP that appears to be prioritizing political control over China’s big tech companies make U.S.-listed Chinese tech stocks an extremely high-risk, high-reward speculative investment at this point.

Chinese stocks are now getting pressured by both U.S. and Chinese regulators. In March, the U.S. Securities and Exchange Commission began rolling out new auditing standards that would potentially delist any Chinese company that fails to comply for 3 consecutive years.

In general, regulatory oversight of monopolies, data collection, and accounting practices is a necessary part of a free market that helps protect both investors and consumers. However, the market hates uncertainty, and U.S.-listed Chinese stocks may continue to struggle in the near term until investors get a clearer picture of just how much of a lasting impact the crackdowns will have on the size, profitability and growth rates of these Chinese tech giants.

Active Trading with Lightspeed
Lightspeed provides professional traders with all the tools required to help them find success in stock trading, and we have been developing and honing our active trader platform to offer an optimal user experience. With the intuitive interface layouts and institutional quality stock and options scanners, we aim to help traders reach their goals, no matter what their strategy is. We also offer our clients some of the lowest trading fees in the industry.
For more information on a professional trading platform with Lightspeed, please call us at 1-888-577-3123, request a demo, or to open an account.

Lightspeed Financial Services Group LLC is not affiliated with these third-party market commentators/educators or service providers. Data, information, and material (“content”) are provided for informational and educational purposes only. This content neither is, nor should be construed as an offer, solicitation, or recommendation to buy or sell any securities or contracts. Any investment decisions made by the user through the use of such content is solely based on the users independent analysis taking into consideration your financial circumstances, investment objectives, and risk tolerance. Lightspeed Financial Services Group LLC does not endorse, offer nor recommend any of the services or commentary provided by any of the market commentators/educators or service providers and any information used to execute any trading strategies are solely based on the independent analysis of the user. 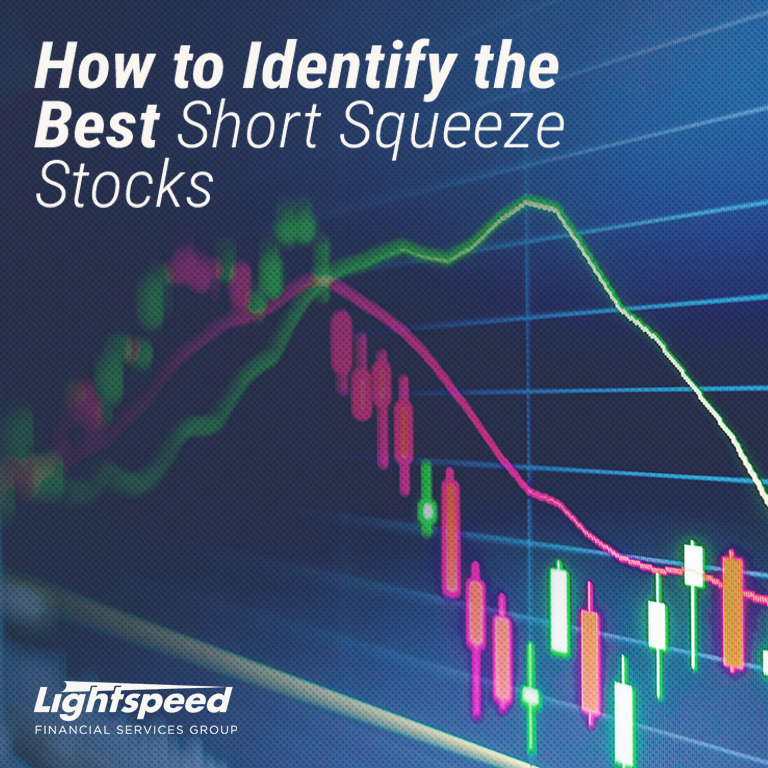 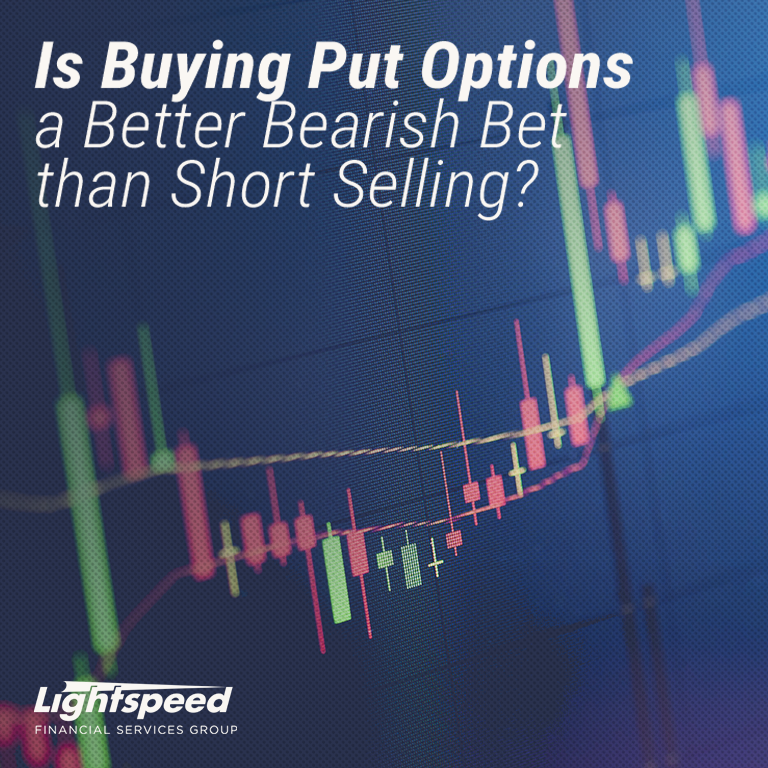 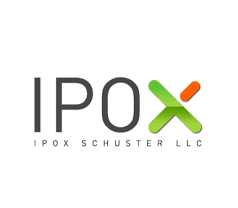 Our website uses cookies to improve the performance of our site, to analyze the traffic to our site, and to personalize your experience of the site. You can control cookies through your browser settings. Please find more information on the cookies used on our site in our  Privacy Policy. By clicking OK, you agree to allow us to collect information through cookies.